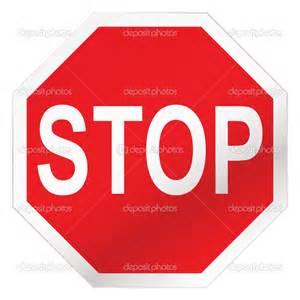 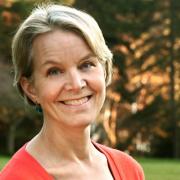 You know how it is. You don’t want to feel numb. You know that numbness is just pain postponed. Novocained. You know that, in order to get through this, you’ve got to feel.

And so you go about your day. You get in the car. You turn on the radio. Some of the speakers are inspiring; one--Donald Trump--is horrible, but none of them are quite breaking through your numbed skin.

It’s the victims and those who grieve them, of course, who finally do break through. It’s the young man talking about frantically texting his 20-year-old best friend. It’s the front-page grid of faces: so many beautiful young people, smiling, being silly, being their young selves. It’s the story that writer Dan Savage told on the radio, choking up as he told it, of Brenda Marquez McCool, a single mother of 11 and cancer survivor, who died because she stood between the Orlando killer and her son Isaiah. At 2 in the morning at a gay nightclub, she saved the life of her son: as Savage pointed out, a previous generation would have found it stunning that she was even there, with her gay son, his adult life just beginning and hers beginning again after cancer. Or so they had hoped.

And then it was the two Sandy Hook parents on the radio, a mom and a dad, each of whom lost a child in the Newtown, CT school massacre on December 14, 2012. For more than three years, Nicole Hockley, who lost her son Dylan, and Mark Barden, who lost his son Daniel, have been on the radio, on the stump, online, in the papers and on TV, trying to get assault weapons banned.

“Gun violence is preventable,” Hockley and Barden both said, several times in several different ways. Gun violence is preventable, I repeated to myself as I went for a tearful walk. It’s not cancer. It’s not Alzheimer’s disease, which took my mom, too young. We can’t ban plaques and tangles from our brains. We can’t bar cancerous cells from invading our bodies. But we can ban assault weapons. Here’s the Sandy Hook Promise website. Give what you can to help them. Send a thank you tweet or note to Connecticut Senator Chris Murphy, who  filibustered the Senate for 15 hours on Wednesday (and into Thursday) in support of gun control. Tell your senators to join his fight. (Mine are: Hats off to tireless WA Senators Patty Murray and Maria Cantwell!)

A few months ago, I rented a car at San Francisco International Airport. I was assigned a stop-sign red VW bug, which made me feel happy and confident as I drove down to my friend’s house in Palo Alto. The next day, wearing a red dress that matched the car—pure coincidence! So Californian, so karmic!—I drove a few miles more to meet another friend. When I returned to the car, it wouldn’t start. I tried everything I could think of. Finally, desperately, I called my husband back in Seattle to see if he had any last-minute ideas, before I called a tow truck.

“Did you try putting your foot on the brake while you turned the key?” he asked.

Had not occurred to me. Not for a second.

I put my foot on the brake, and the car started right up.

Sometimes you just have to put your foot on the brake.

Just stop fearing people who aren’t like you, so you can start getting to know them.

Just stop the Senate down for a filibuster, like Senator Murphy did: so that we can start getting assault weapons out of the hands of would-be murderers.