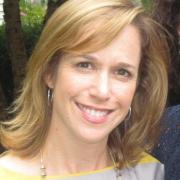 Stephani Becker
Share This
Add your voice to the comments

We thought this post would be interesting to MomsRising readers, because especially during election season, it's important to get the facts straight about the Affordable Care Act and know how to sort out truth from fiction. For more myth-busting about the ACA, you can go to www.illinoishealthmatters.org. You can also submit a question and one of our ACA experts will answer it for you.

A state senate candidate in Illinois has become a recent YouTube sensation with her humorous critique of the health reform law. In her "Obamacare Summed Up in One Sentence" speech, the candidate raised some serious complaints about the Affordable Care Act. Since she is running for office in our home state, we decided that some myth-busting was in order. Christopher Wills' article in SFGate does a great job of fact checking the speech, so we'll summarize his article here:

What exactly did this senate candidate say about the Affordable Care Act?

Fact: Let there be doctors! The Kaiser Family Foundation estimates the addition of 15,000 new providers by 2015. The ACA also incentivizes a career in primary care by offering primary care doctors higher medicare payments. Still, Dr. Bellar is right that expanding coverage will put some new demands on the health care system.

Fact: No. This claim has been proven to be wildly inaccurate. According to FactCheck.org: "The law requires the IRS mostly to hand out tax credits, not collect penalties. The claim of 16,500 new agents stems from a partisan analysis based on guesswork and false assumptions, and compounded by outright misrepresentation."

Congress exempted themselves from the ACA   Fact: Congress members are REQUIRED to buy their insurance through the exchanges created by the Affordable Care Act, thus, not exempting themselves at all.
We will be taxed for four years before any ACA benefits take effect

Fact: Some taxes have been put in place since 2010 (when the ACA became law); according to the Kaiser Family Foundation, the taxes taking effect before 2014 affect specific groups such as drug makers, medical device manufacturers, couples earning over $250,000/year and indoor tanners.

Fact: The pre-2014 benefits have been pouring in and are already positively impacting millions of people, right here in Illinois. They include: young adults who are able to stay on their parents' insurance plan until age 26; small businesses who now can use tax credits to provide health care to employees; seniors who are receiving refund checks to fill the gap in their Medicare drug coverage; uninsured people with pre-existing conditions who are now covered by the Illinois Pre-Existing Condition Insurance Plan; and people with private insurance whose preventive services are covered with no deductible or co-pay.

These initial changes are just a small example of what's to come in 2014. If you want to see how the expansions will impact the uninsured in Illinois in 2014, take a look at our Visualizing Health Reform map with census data.

And that's a fact.