Data Show More Children Are Growing Up Poor. Now What? 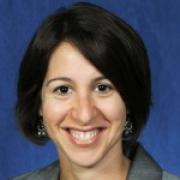 Stark increases in child poverty and other important indicators serve as colossal warning signs that this country needs to think about how a generation of children will be prepared to succeed in life.

On Wednesday, The Annie E. Casey Foundation released its annual KIDS COUNT study, a compilation of child well-being data. And the news isn't good. Despite some positive trends since 2000–including decreasing infant mortality and child and teen death rates, decreasing teen birth rates, fewer high-school drop-outs–other indicators of child well being raise concerns about how the nation's young children are faring.The report analyzed Census data that showed one in five children under 18 lives in poverty. For children under age six, the poverty rate is one in four . Coupled with increasing poverty, KIDS COUNT shows that the Great Recession has had profound effects on the lives of our children:

These are not benign data points. We know from research that children living in poverty are less likely to be successful in school. And the longer a child lives in poverty, the worse their adult outcomes, including employment and earnings. Parental unemployment and single-parent composition are both related household economic instability. It's clear that the recession took its greatest toll on the most vulnerable-those without assets and wealth to fall back on when they lost jobs or lost homes.The question now is what do we do with this data? Will Congress make policy choices that support the unemployed, create jobs and maintain a critical safety net for struggling families? Or will Congress choose to deal with the deficit crisis by requiring the most vulnerable families to continue to shoulder the burden of our economic situation and reduce critical supports for low-income families.

If we do not make policy choices that change the current course, 20 percent of our children will be ill-prepared for school, for careers and for life. That deficit crisis will be more challenging to overcome than our current one.