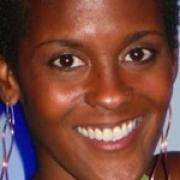 After Ohio's parole board issued its recommendation Friday to deny Williams-Bolar any form of clemency, the ColorOfChange.org community joined others around the country in placing hundreds of calls to Gov. Kasich's office, urging him to issue the pardon anyway.

“Gov. Kasich's decision today to reduce Ms. Williams-Bolar's offenses from felonies to misdemeanors is proof that he heard the ColorOfChange.org community loud and clear,” said ColorOfChange.org Executive Director Rashad Robinson. “It has long been obvious that the punishment this single mother faced far outweighed whatever missteps she made in the quest to keep her children safe. The energy in support of Ms. Williams-Bolar and her family has been tremendous, and today we are pleased that she will be able to move on in her life without the burden of felony convictions haunting her every step of the way. This case has drawn attention to the struggles families across this nation face in keeping their children safe and identifying educational options that allow them to do just that."

"Kelley Williams-Bolar's story resonated with parents and teachers throughout the country," said Carol Scott, Senior Organizer for Education at Change.org. "More than 180,000 people across the country joined the online campaign on Change.org calling on Gov. John Kasich to pardon her, making it the third most popular petition in the site's history. Clearly the governor heard their concerns."