Jocelyn Guyer
Share This
Add your voice to the comments

In many cultures, the first birthday of a child is a major community celebration. It signifies that the baby has made it through the critical first year and is now destined for great things.

Today we should be celebrating the first year of the Children's Health Insurance Reauthorization Act (CHIPRA). CHIPRA renewed the Children's Health Insurance Program (CHIP) and gave states new tools and fiscal incentives to enroll more uninsured children in CHIP and its larger companion program, Medicaid. Unfortunately, for many of us, it just doesn't seem right to have a big celebration when there is so much uncertainty over the future of health reform. I confess that I was reluctant to celebrate CHIPRA but, when I thought about how the past year would have been without it, I came to my senses. Without CHIPRA and the temporary increase in federal funding for Medicaid included in the economic stimulus package, the health needs of so many more children would have gone unmet.

In the past year, while private insurance has become less available and more expensive and families faced the most difficult economic times since the Great Depression, the renewed CHIP program and Medicaid have offered a vital lifeline to America's children. Thanks to the strong resolve of national and state leaders, many of our children have been sheltered from this economic storm.

CHIPRA and the increased funding for Medicaid helped states strengthen and maintain their commitment to children's health coverage just when they needed it most. While the financial investment was relatively small, it made a huge difference in the lives of the people it helped.  Just ask the Simpson family from Benton Arkansas who were able to maintain CHIP coverage for their children when Mr. Simpson lost his job as an electrician.

This is but one example of the lives touched by the positive actions of national and state leaders to sustain and strengthen children's coverage over the past year. Families with children who had asthma, diabetes or autism who couldn't afford private insurance had access to health coverage so they could get their children the treatment and preventive care so crucial to their well-being. Parents who lost their jobs and health insurance were able to turn to CHIP or Medicaid to secure coverage for their children. (It would be better for the entire family if the parents also had access to stable, affordable health coverage that wouldn't disappear when they lost their jobs but we'll have to wait for broader health reform to make that improvement to the health care system.)

CHIPRA was not intended to solve all of the gaps in our health care system but was designed as a bridge until our nation's leaders were able to pass broader health reform. While the timing of health reform is uncertain, one fact remains clear - children and families need access to secure, stable, affordable health coverage that won't be taken away if they lose a job or become sick.

So what should we give CHIPRA on her first birthday? How about a sibling named Health Reform? 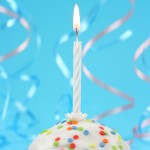