Bullets are not a safety plan 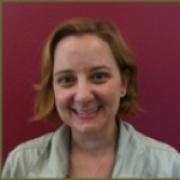 Traci Underwood
Share This
Add your voice to the comments

I can’t believe it’s the six-month anniversary of Newtown. I took a moment to read this blog I wrote a few days after the tragic event. It feels as relevant to me today as it did 6 months ago. The conversations are the same and I feel frustrated and stuck. We simply have to move forward. -Traci

This blog post originally appeared in Can You Relate?

Like many of you, I’ve been sad for days, affected by the horrible events in Newtown. I haven’t been able to talk much about it. One because I have an almost 4-year-old who just doesn’t need to process this, and two, because I can’t be very articulate when I am a sobbing mess. But yesterday something happened that made me speak up. A college friend posted on Facebook that she refused to live in fear, and was planning to get her concealed weapons permit.

I was a bit shocked to hear this from this particular friend. Although I grew up in the South where we have lots of experience around guns, this friend didn’t seem like one to go for the firearms. I was clearly wrong. And I was immediately scared for her and her family. I begged her to do her research and let her know that statistics show that owning a gun does not make you safer. In fact, areas with more guns have more murders. Combine that with the fact that most gun-related homicides are not found justifiable in the eyes of the law (that self-defense plea you were banking on isn’t all that solid), and it seems clear that having guns around makes you less safe.

But what about the fear? How are we supposed to feel powerful and able to protect our families? After a tragedy like this, it’s hard to reconcile the senselessness andsit with the fear. We want to fix it. Be bigger and stronger than it.

I know that a lot of survivors of abuse feel this way every day. Firearms play a big part in the lethality of domestic violence situations. In Washington State,

the majority of domestic violence homicides are committed with firearms. Domestic violence victims are five times as likely to be killed by their abuser if that abuser owns a gun.

Gun violence has something else in common with domestic violence: most of the perpetrators are men. Why? This ad pretty much sums that up. Assault rifles are glorified in the media and marketed to men. This is a real ad for a Bushmaster assault rifle that says “Consider your man card reissued.” Feel like you lost your man card? Going out and using this should make you feel better! That’s what this ad is essentially saying. We have to change the course of this gun toting ship we are on. Something has to give. For the sake of the people we love and the communities we live in.