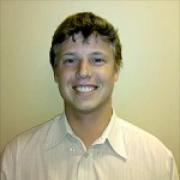 Aaron Smith
Share This
Add your voice to the comments

It’s early Sunday afternoon, and your family is gathered around the flat screen to take in the day’s biggest football game. There are snacks, cheers, jeers, great plays, and heartbreaking fumbles, all before the first commercial break.

And then the ads hit: a seemingly endless stream of Viagra®, Cialis®, explosions, scantily clad women, and beer. And instead of asking Dad how the quarterback makes the ball spin like that when he throws a pass, your kid’s question is, “Hey, what’s erectile dysfunction?”

How often have you found yourself in the same situation? Football time is often family time in America, but the products and promotions that are marketed during the ad breaks are enough to make parents squirm and kids grow up too fast. One out of six commercials is inappropriate for young kids – and nearly half of the ads with sex and violence are network promotions for their own programs. And parents like you have definitely noticed. That’s why Common Sense Media needs your help to take a stand.

“…if you’re involved with the NFL you represent the NFL, you are held to a higher standard and you need to be accountable.”

And he’s right. We should hold the entire league to a higher standard, from the commissioner on down. Visit www.commonsensemedia.org/bad-ads today and email Commissioner Goodell to let him know how you feel about family-unfriendly ads and promos shown during professional football games. Take back your family football time, and tell the “awkward” to hit the showers.