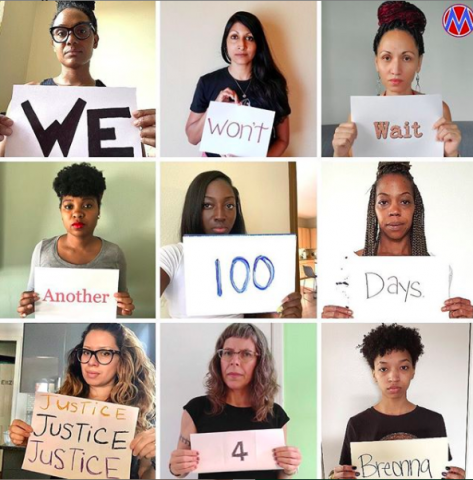 It has been over 100 days since Breonna Taylor was shot and killed in her Louisville, Kentucky home by officers from the Louisville Metro Police Department (LMPD). LMPD performed an illegal, no knock drug raid on her home. Not a single officer announced themselves before ramming down her door and firing 22 shots, shooting Breonna 8 times, killing her. The officers were at the WRONG HOUSE, and the person they were looking for had already been arrested earlier that day. Breonna was not a suspect, she had not committed a crime, and her death was senseless and tragic.

Only one of the three police officers responsible for Breonna’s death has been fired by the Louisville Police Department and none of the officers have been arrested or charged with her death.

Read more about the need for Breonna Taylor on our blog.

Take Action!
Speak out for Justice for Breonna!