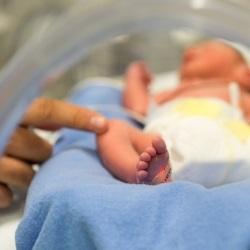 Born Too Soon, Redux: We Need to Help Moms Optimize their Birth Spacing

I sat on the edge of her hospital bed.  Mary had arrived just 48 hours ago, tears streaming, and with agonized screams delivered her 24-week infant son on the ambulance gurney. There was not even time for her to change into a hospital gown. She was in shock that she was no longer pregnant, and the reality of becoming the mother of an extremely premature infant was setting in.

It was Friday afternoon, and time for Mary’s hospital discharge. We were discussing the importance of waiting until she recovers to get pregnant again. Her guilt that she had not been able to carry and protect her son was blossoming, and she was very motivated to prevent another pregnancy until her mental and physical health improved.  We don’t completely understand the reasons why some women have preterm deliveries, but we do know that getting pregnant again too quickly will multiply a woman’s chance of delivering early in her next pregnancy.  Babies born extremely preterm sometimes do not survive, and those who do can have serious health problems.

Mary was very worried that she would end up pregnant again soon. She asked if I could give her birth control that would work well, and for a long time, without her having to remember to take it.  We talked about her options, and she decided that an intrauterine device (IUD) was best for her. Mary expressed happiness and relief that the IUD would not interfere with breastfeeding and that she would not have to remember to take every day.

I regret that I was not able to place an IUD for Mary that day. Our hospital does not have IUDs available to be placed during the inpatient hospitalization. There are several reasons for this, but the best we can do is to arrange for women to be discharged from the hospital to an outpatient clinic where they can have it placed on their way home.  But because it was Friday and offices were closing, we scheduled an IUD placement appointment the following week.

Next week came, and Mary missed her appointment. Her son, still in the hospital since birth, was having complications and she wanted to be with him instead. Seven weeks later, she arrived at her IUD placement appointment and quickly realized she was longer eligible for Medicaid, which had covered her prenatal care and her son’s long hospital stay. Without insurance, Mary’s IUD would cost between $175 and $600. It was a cost that Mary simply could not afford.

When I saw her again three months later, Mary was pregnant. This time, she received close surveillance and extra treatments to prevent another preterm birth. Despite these efforts, Mary’s daughter was born at 22 weeks, weighing less than a pound. Her baby girl died several hours later, too little to survive.

As a maternal-fetal medicine subspecialist, I care for women with complicated pregnancies. For my patients, access to birth control can be lifesaving. Think of how different Mary’s motherhood journey would be if her body had been allowed to heal before getting pregnant again.

Long-acting reversible contraception, known as LARC, is the most effective form of reversible birth control. There are two forms of LARC: an IUD that lasts 3-10 years, and an implant that is placed in the upper arm that lasts 3 years. All LARC methods can be placed immediately after delivery, during the delivery hospitalization, or shortly thereafter.

The Society for Maternal-Fetal Medicine recommends that LARC methods be made available for insertion immediately after a woman has her baby.  Placing LARC right after birth—while a woman is still in the delivery room—increases the likelihood that a woman will be using birth control in the postpartum period and reduces her risk for getting pregnant too soon and for unintended pregnancy.

Mary’s story is not unique. My patients face many barriers to accessing birth control. In some states, new moms like Mary are dropped from Medicaid’s maternity coverage 60 days after childbirth, before they have the opportunity to discuss their birth control options with a physician. Some centers require multiple appointments before a LARC method can be placed. Other hospitals do not have a program in which the IUD or implant is placed immediately after delivery. However, we know that our new moms who are discharged without effective birth control risk becoming pregnant again quickly: women can ovulate as early as 25 days postpartum, and around one half of women report having unprotected intercourse by their six-week postpartum visit.

That’s why I support extending Medicaid coverage to one year postpartum for women who have pregnancy-related Medicaid.  The Mothers and Offspring Mortality and Morbidity Awareness, known as the MOMMA’s Act, would do just that.  Join me in telling Members of Congress about the needs of new moms and help women access care when they need it most.