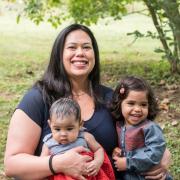 Diana N. Derige
Share This
Add your voice to the comments

Good news arrived earlier this month in a report from the Centers for Disease Control and Prevention (CDC) on breastfeeding rates. The CDC found that from 2000 to 2008, the percentage of women overall who initiated breastfeeding increased from 70.3 percent to 74.6 percent. During the same time period, breastfeeding rates at six months and 12 months increased significantly – for whites, Hispanics and African Americans.

Just in time for Black History Month, we learned that we are reducing disparity, the gap between African American and white breastfeeding initiation rates narrowed from 24 percentage points to 16 percentage points.

And yet a gap remains.

As Kimberly Seals Allers eloquently describes in her post for Women’s eNews, this gap represents a complex reality. Over time, our health care system, our workplaces and our communities failed to support African American women in breastfeeding.

Black History Month is an ideal time to reflect on this past and move to a stronger future.

The CDC report highlights how far we’ve come. On behalf of the Kellogg Foundation, I’d like to take a moment to salute all of you who are working to bring us closer to the day when every woman has the support she needs to make an informed choice for her and her baby about breastfeeding, allowing even more babies to benefit from breast milk as their first food experience.

Today’s blog carnival in support of the African American breastfeeding community is an encouraging manifestation of what we call the first food movement. It is of vital importance that all of us come together to increase breastfeeding rates across the board and to eliminate this disparity. I’m honored to join the conversation and heartened by the good work that I know will grow out of it.

Thank you MomsRising, Reaching our Sisters Everywhere (ROSE) and United States Breastfeeding Committee (USBC) for bringing so many together to support breastfeeding in the African American community.

Alicia Barnes, the fanciful follies of a mississippi missus
The Little Boobs That Could

Jamita Stith
What did you think they were for?

Jasmin Saville
As Goddesses Do…

Jeanine K. Valrie, It's a Better Home
Creating a Legacy

Jennifer Sherman
Breastfeeding and all that jazz

Phoebe Farag Mikhail, Listen, Learn, Act and Reflect
Perspective, and some chocolate chips in my oatmeal

RoiAnn Phillips, Communications Manager, HealthConnect One
Growing Strong: A Story About Quenesha and Her Son, Amor

Tanya Kalehia Workman, The Subject Matter is Love
Breastfeeding while lost in the woods