At 56 Head Start Remains Most Effective Tool to Increase Equity 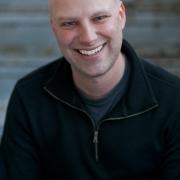 Joel Ryan
Share This
Add your voice to the comments

Early childhood education is rightly at the forefront of federal policy priorities, as we as a nation discuss how to “build back better” from an exhausting and chaotic 14 months – a global pandemic, a racial reckoning and a monumental election.

As key decision makers draw up and debate various plans they would do well to understand how actual early learning programs stepped up and intervened during a year like no other to support families.

The Washington State Association of Head Start and ECEAP (WSA) recently released survey data, after asking Head Start sites to look carefully at the impact of COVID-19 on their families, their staff and their operating costs.  Almost 50 programs from across the state took the survey and shared their observations: 21% of parents had lost a job due to the pandemic and 16% of Head Start families were at least two months behind on rent.

Since 1965, Head Start families have been proxy for the nation’s most vulnerable families – and our survey confirms the anecdotal accounts that the economic fallout from COVID-19 has and is continuing to hit lower-income Americans the hardest.  Lower incomes adults, especially those without a college degree and Black and Hispanic Americans, have been disproportionally impacted by the pandemic.  And to be sure, for them the financial pain of being unemployed, homeless and food insecure existed even before the pandemic – they have only been heightened.

So when our COVID-19 impact survey found that at least 20% of children enrolled in Head Start have experienced increased mental health issues, we were alarmed and yet not shocked.  The important new federal funding being proposed in President Biden’s American Families Plan, and in a number of bills recently introduced in Congress, will be successful if they recognize Head Start as an essential component of the early childhood continuum that includes child care and universal preschool.  For 56 years this month, Head Start has been there for children and families living in poverty and beset with mental health challenges and put them on a better trajectory.

The pandemic only deepened social and racial disparities and exponentially increased the number of vulnerable children and families.  The National Center for Children in Poverty reports that while 9% of young children live in deep poverty nationally, that figure doubles to 18% for young Black children and 15% for American Indian Alaskan Native children.

Earlier this year, in Washington State, our lawmakers put forward a surprising and game changing step to finally confront centuries of systemic inequity: they made a significant investment in expanding access to early education and child care, in addition to an important increase in quality. Now it is the federal government’s turn.  Expanding access to Head Start and Early Head Start within new federal investments in early care education will ensure that we advance equity by generating outcomes for children that prepare them for success in school and in life and for families that lift them out of poverty.