Another Toddler Dies. A 3-Year Old in Arizona Shoots Himself in the Face 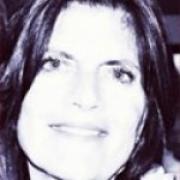 Leslie Salzillo
Share This
Add your voice to the comments

It seems like an everyday thing now. You get online or turn on the TV and there it is. Another headline of a child/toddler getting hold of a gun, playing with a gun, and dying by a gun.

Some of the public and media seem to be getting tired or numb to such stories. The Arizona death of a 3-year old barely made it to mainstream media. Why? Is this kind of story no longer shiny and sexy news? I’m angry. Children –babies–are dying for no good reasons, while pompous NRA advocates are finding more ways to lobby/buy more pro-gun laws. In Arizona, the state where this child died, Governor Jan Brewer passed two pro-NRA/pro-gun laws this very week. One law demands resale of guns that were brought to community gun buyback events by many citizens who wanted to promote gun safety after the Gabby Giffords shooting. They wanted to help get firearms off the streets, and out of the hands of wrong people. Brewer basically flipped them off, and also passed another law making it illegal to gather or maintain background checks on current gun owners. Yes, you read that right.

I wonder if the Arizona governor has any feelings about this toddler’s death. If so, did it cause her to rethink her new laws? At three, many children are still in diapers. How the hell do we live in a country, where a toddler can so easily find a gun, and shoot himself in the face?  How many innocent children, and adults are going to die in this country before all lawmakers start doing the right thing.

3,835 wrongful deaths have occurred by guns, since Sandy Hook. That’s over 75% of the total American deaths in the Iraq war (4,486 U.S. soldiers were killed in Iraq). About 70 of the known gun deaths since Sandy Hook have been children. This means we have basically allowed three more Sandy Hook Massacres to take place, one child at a time.

As I’m writing this, I’m torn up inside. It all seems so senseless. Rather it is senseless. When it’s easier to get a gun in this country than it is to get a library card, something is horribly wrong.