A Woman's Work on Pay Equity is Never Done 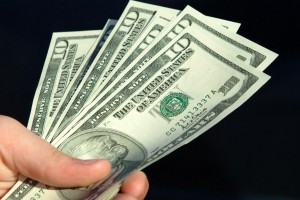 Photo by Ian Bratton at Freefoto.com

A divorced janitor, a 27-year employee and the mother of a seventeen-year old son with the mental capacity of an 18-month old, fails to report for mandatory overtime one Saturday when her son’s caregiver could not work because of a sick child. She calls twice and leaves a message for her manager. She gets fired.

As I read about this woman in Reshaping the Work-Family Debate: Why Men and Class Matter by Joan Williams, I wondered what this mother’s take would be on Jonah Goldberg’s recent proclamation in the Los Angeles Times that “Feminism as a ‘movement’ in America is largely played out. The work here is mostly done.” In a piece titled, “Taking feminism overseas” Goldberg goes on to declare that “Even the fight for "pay equity" is an argument about statistics, lagging cultural indicators and the actual choices liberated women make — to take time away from paid jobs to raise their kids (never-married women without kids earn more than men) or to work in occupations like the nonprofit sector that pay less.”

The only reason Goldberg and others can make this “choices” claim with a straight face is because the bias against women is no longer as overt as it once was– no more separate salary schedules for men and women. Much of the bias has gone underground, way underground, into our subconscious and into the unquestioned structure of our workplaces around the way men have typically worked in the past. Jobs are designed for a man who has a wife to care for family; 50-hour workweeks, mandatory overtime, inflexible schedules that can change at the last minute, and little or no sick time.

When mothers, who do still shoulder most of the responsibility for family care, find it impossible to fit this mold the resulting stories don’t sound much like “choices liberated women make.” They sound like discrimination. In fact, Williams and her colleagues at the WorkLife Law Center have documented a 400% increase in lawsuits involving family responsibilities discrimination “showing how mothers and other caregivers are pushed out of jobs they want – and need.”

Multiple studies demonstrate that motherhood in particular triggers automatic bias that has a direct impact on pay and promotions. In one study, people given identical resumes that differed only in that one listed membership in the PTA and the other didn’t, the mothers were 79% less likely to be hired and 100% less likely to be promoted, and offered $11,000 less in salary. In another study, people rated businesswomen has highly competent, yet they rated the competence of housewives as comparable to the elderly, blind, “retarded,” and disabled.

Bias like this is harder to see, unintentional, and far easier to dismiss as being a result of mothers’ “choices.” Legislation like the Paycheck Fairness Act is important not only as a punitive measure for those individuals or organizations that may consciously discriminate against women. Legislation also serves to motivate organizations to create systems for hiring, evaluating and scheduling employees that control for the automatic bias that has negative impacts women and their pay.

Though an arbitrator reinstated the janitor, the work here in the U.S. to achieve pay equity for women is far from done.

Kristin Maschka is the author of the LA Times Bestseller, This is Not How I Thought It Would Be: Remodeling Motherhood to Get the Lives We Want Today. This piece is cross-posted from her blog.