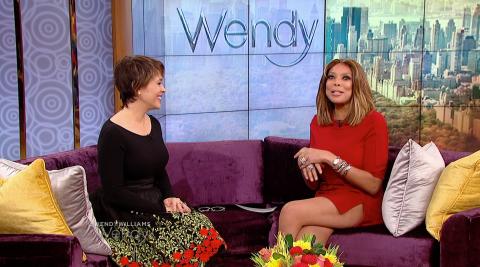 A response to Wendy Williams on breastfeeding, Alyssa Milano 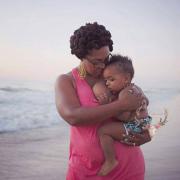 Vanessa Simmons
Share This
Add your voice to the comments

In case you missed it, Wendy Williams decided to bring Alyssa Milano to her show in an effort to put breastfeeding moms sharing #brelfies in their place. 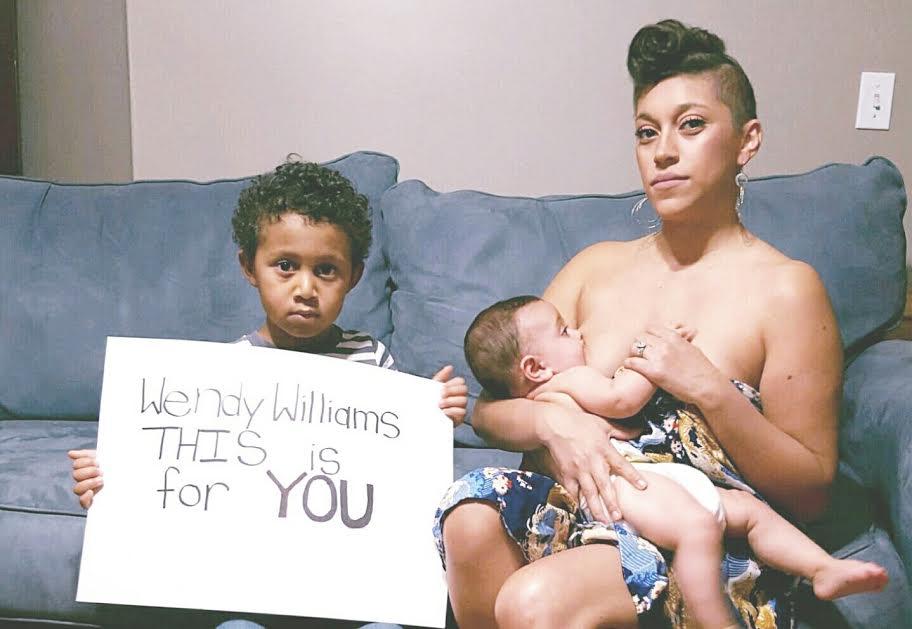 Millions have seen and shared the video of you attempting to shame Alyssa Milano on your show. Needless to say, it outraged the masses. However, I understand why you did what you did. It’s because you simply don’t understand breastfeeding and spoke from a point of ignorance.
I know you would never bring a fellow woman and mother, who represents everything beautiful and miraculous about being a woman and mother, on to your show to attempt to drag her down on national television. Breasts are not ‘fun bags’. They are meant to nourish a baby, protect a baby, give life to a baby. Alyssa is doing what God intended her body to do, and for that, she is a champion among women. No woman in their right mind would ever attempt to strip that away from or diminish that for another woman.
If it were not for the ability to nurse a baby from our ‘fun bags’ countless children around the world would not survive. Now I have a very difficult time believing you would be ok with not feeding a starving baby or child because you ‘don’t want to see it.’ I also doubt many women in third world, war torn countries have cars to go hide in so they can be sure not to offend anyone. I could go on and on about the endless benefits to mother and baby that breastfeeding provides, but that’s not the point of this.
Since I have taken the time to educate you and we can all understand mis-speaking from time to time, I will happily accept your gratitude in the form of an apology to Mrs. Milano and proud breastfeeding mothers the world over. And to further show your solidarity and that you proudly support all women (since you claim to) in being the best mothers they can be, I think you should host a nurse-in on live tv (you know, since you could take time on your show to attempt to shame a breastfeeder) and show the world how beautiful and wonderfully made a woman’s body really is! God bless you Wendy Williams. I sincerely hope you learn to think before you speak.
With love,
The Proudest Breastfeeder You Will Ever Meet"

Unfortunately, we have been desensitized over the past 2 generations to believe that the sexualized female body is more WORTHY of attention than the body of mothers....hence the upswing of photography projects attempting to reverse the harmful effects of the media like Jade Beall's A Beautiful Body project, Ashlee Wells Jackson's 4th Trimester Bodies Project, Leilani Parente Rogers' Public Breastfeeding Awareness Project, and my ‪#‎NormalizeBfing‬ media campaign.

Truth be told, these women want to shame us for taking back our WORTH in society. All around the world, the imagery of nursing mother has been praised for centuries. Honestly, the utter fact that the normalization of nursing in modern society is even necessary is completely ludicrous. Once no one bats an eye, complains, feels offended, or gets uncomfortable because of a mother's choice to breastfeed without a cover, then and ONLY THEN will it be NORMAL. Until then, I will press on.