A Mother of a Legacy 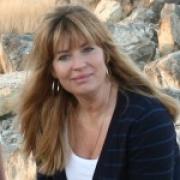 Allred Alexandra
Share This
Add your voice to the comments

I made “Mom History” in 1994 when I became the first ever U.S. women’s bobsled champion at the Olympic Training Center in Lake Placid, NY.  The United States Olympic Committee named me “Athlete of the Year”. I was also over four months pregnant.

Sports Illustrated and USA Today, ESPN and HBO Sports did features on the championship and PBS made a documentary out of my time training as a mother-bobsledder. I got letters from around the world from elite athletes who wondered how I knew what was safe and what was not for my unborn child.  I wrote a book and began writing freelance for health and sports magazines.  It was a great time and I loved talking to other mother athletes.

Mothers-athletes, I concluded, were the toughest athletes on earth.  Unlike other athletes, mothers have to be far more disciplined and dedicated to workout regiments, training and coach time, maintaining and balancing diet and sleep to stay healthy and injury free while still putting forth a kind of energy and devotion to another person like no other.  Mother-athletes multitask while most other elite athletes are (must be) selfish creatures by the very nature of what they do.

I’ve seen mother-athletes run off to breastfeed during competition while other athletes get a rub down or spend time hydrating.  In short, mother-athletes are beasts and I always had such great admiration for them.  Still, I had not realized the full potential of mothers.  Still caught in the world of sports, I just thought this greatness was held to the athlete, not the mother.

When my son became a victim of environmental asthma, I was helpless.  A warrior in my own right, I couldn’t do squat. While I waited for proper treatment, bigger, better, more powerful drugs to take effect, I could only rub his head, tell him I loved him and watch him struggle for air. It sucked!  It stunk in immeasurable, painful, heart wrenching ways that no amount of pain in the gym or on the track could EVER touch.

When I discovered WHY my son got asthma, when I learned about the toxic fumes that came from a local cement plant, when I discovered that local government was far more invested in the profit margins of big industry and not public health, it was not my state and national leaders who came to my rescue.  It was mothers.  Lawmakers turned away.  Mothers listened.  Religiously leaders wrung their hands and didn’t want the controversy.  Mothers stepped up. Big industry denied responsibility and mothers took it on.

What I have learned is this: Mothers possess a kind of power that no one else can. You do not have to be a powerlifter, a sprinter, and a marathon woman to be force in this world.  Heck, you need not have stepped one foot in a gym to be a beast! By virtue of being a mother, you can change the world.

Mothers are excellent protestors, lobbyists, letter writers, petitioners, spokeswomen and role models for how we MUST conduct business and lead this nation. We will not accept money over human health.  We will not barter with the lives of our children and their development.

When I began to testify before the EPA and on Capitol Hill, I did not go armed with statistics on what mercury does to an unborn child or how too much toxins can actually deteriorate a child’s brain/learning process. I did not have the numbers on the amount of tonnage of mercury, lead, benzene, arsenic and toluene, styrene and naphthalene, to name a few, that spewed from our cement plants (note: take the time to look up just what it is these chemicals do to the human body.). I went as a mom.  I knew what my son was like before we moved to the small town and I knew what was happening to his body.

When I won Nationals for bobsled, I was so surprised by the number of athletes who contacted me from around the world.  A pole-vaulter from Poland. An aerialist from North Dakota.  A ski jumper from Austria.  Because they were not sure of what they could do while pregnant, they simply sat on their couches and did nothing.

Know this.  We’re in another sport right now and there are definite winners and losers.  But the losers are our children and the cost of defeat is devastating. The “winners” will carry on as though nothing has changed while you sit in the ER of a local hospital and wonder what long-term damage is being done to your baby.

This is not the time to sit on the couch.

A digression – last week my husband had to have a crown on his tooth and kept walking around talking about his “major surgery.” It is good that men were not left to giving birth.  They couldn’t handle it.  But women – mothers – have what it takes.  You have what it takes.  You can write letters, demand to be seen and heard by local and state officials, petition, and ensure the safety of your children.

Finally, the environmental game is not an easy one.  The anti-environmentalists have done an excellent job of making fun of “tree huggers,” and “greenies.”  Somehow we are suddenly suspect because we want clean air and water.  Sadly, many mothers have fallen for this, rolling their eyes when the subject of clean air or environmental work comes up.  In the meantime, remember who the winners are and who the losers are. While many will walk away from the cause, mothers are here to endure, putting forth a kind of energy and devotion to another person like no other.

This is your legacy.