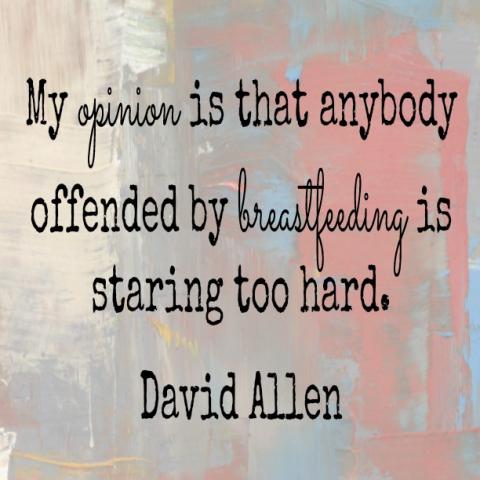 A Boob By Any Other Color: On Breastfeeding and Privilege

I originally posted this on my blog but thought I'd share my thoughts here as well. I'm always grateful for having another platform where my voice and opinions can be heard.

This morning, I saw my girl Yanira in my text messages. I was ready to laugh at something funny or be inspired by her hustle. Instead, I got this: 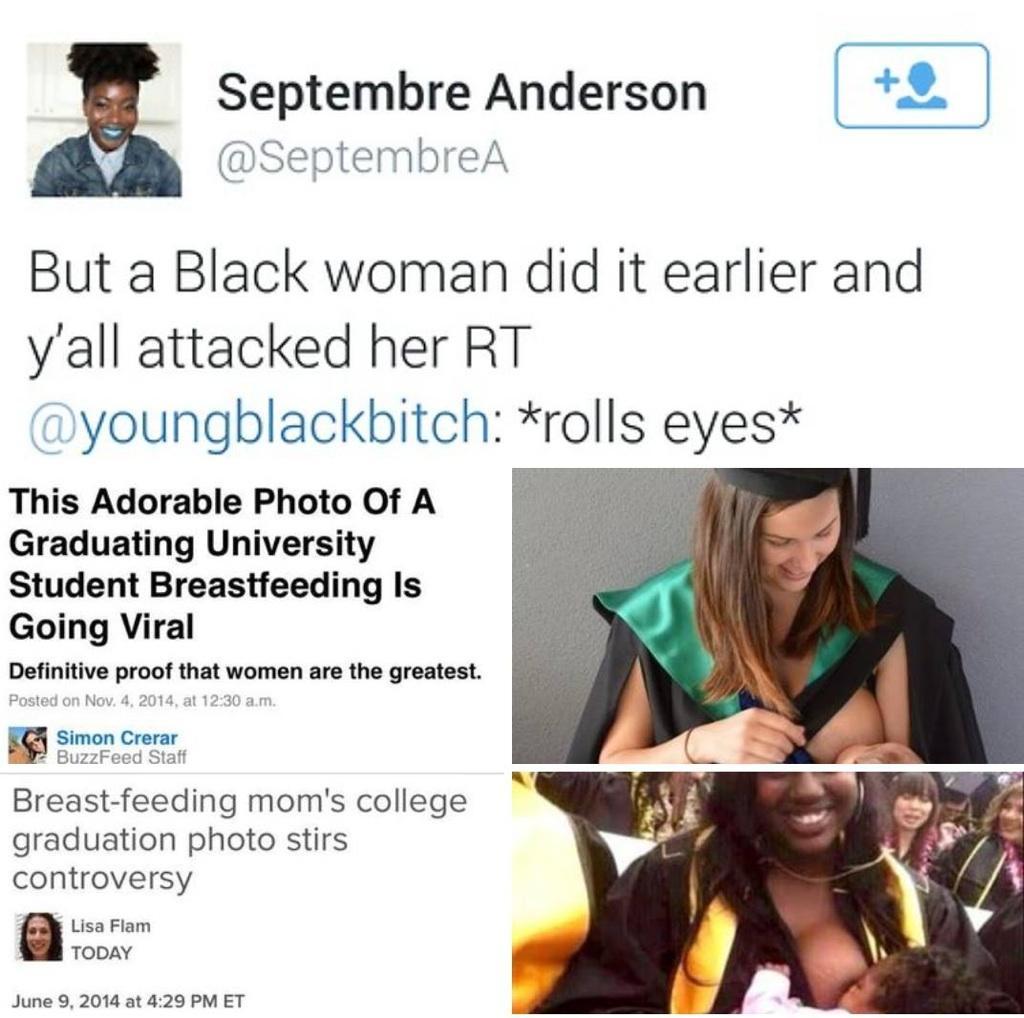 I rolled my eyes. Annoyed at the obvious way in which privilege rears its ugly head. Even when feeding a child. But then I thought, I want to see what the Buzzfeed article says.  Sure enough, it was all about how adorable this image was. The headline read: An adorable photograph of a Queensland student breastfeeding at her graduation has been liked by more than 110,000 people in 24 hours.

Of course, I didn't want to stop there and I did a search to confirm that Buzzfeed had indeed posted about Karlesha Thurman, the black woman who got so much slack and such a negative headline when she had the audacity to breastfeed her child after collecting her diploma. Karlesha's headline was: People Are Freaking Out Because This Woman Was Breast-Feeding At Her Graduation.

They both had negative comments and they both had support. They also both had lots of shares. So, what gives, eh?

I prayed to the sweet 8lb 6oz dark skinned baby Jesus with the Jheri curl!

Yes, I do feel this is racially motivated. The fact of how women of color are portrayed in the media is always an issue. I still feel there's an undercurrent of privilege here that needs to be talked about. First Shonda gets called an angry black woman and now this. Come on folks, I can't be the only one.

Now, I will say this: Jacci was graduating from the University of Queensland in Australia. I think this also speaks to how we view breastfeeding in the US. And it's the reason why sites like The Badass Breastfeeder and Black Women Do Breastfeed are out there fighting the good fight in order to normalize breastfeeding. Across the board.

Though it was the same media outlet reporting so, my eyes are rolled all the way to the back of my head.

Still, it is not lost on me how these two young women, each giving their best to their child while improving themselves are seen in such a different light. Some days I wonder if this will ever change. If my daughter's picture will be seen the same as that of a white child. And it pisses me off, to tell you the truth.

I don't have the answer. Just questions, folks. Lots and lots of questions. Because with the advent of social media more of these stories bubble to the top and we get to see how images are reported on and classified. And I think it's our job to call it out when we see it because that's the only way I know to stop this. I don't know, people. What do you think?