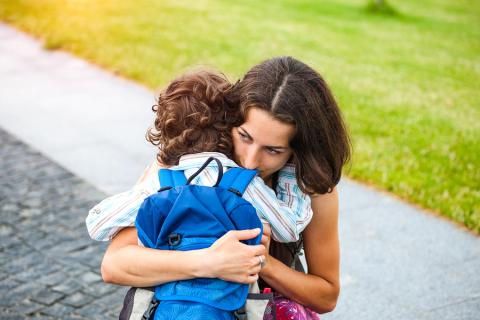 Following the bipartisan agreement earlier this year to extend CHIP funding for ten years, it was more than a bit surprising to hear yesterday that the Trump Administration wants to cut CHIP funds. Of course, there have been news reportsfor several weeks that the Administration wanted to go back on the deal agreed to under the Bipartisan Budget Act in an effort to cut spending. But it was news to us to hear that almost half of the proposed $15 billion in rescissions would come from CHIP funds. What are these CHIP funds, and how would these proposed changes impact kids?

Two billion dollars in cuts would come from the Child Enrollment Contingency Fund. The Contingency Fund, as it’s known, was created in order to prevent states from running out of money. Before the Contingency Fund came about, if a state experienced higher enrollment than expected, federal funding would be insufficient to cover the costs. This is the rub with a block grant. Circumstances change, but federal funding does not. Thankfully, in the case of CHIP, Congress agreed to provide children with an added layer of protection. Contingency Fund dollars are made available to states if they experience an unexpected surge in enrollment, perhaps due to natural disasters or an economic downturn, ensuring that eligible children can continue to get covered. Only a handful of states have had to tap the Contingency Fund before – Iowa, Michigan, and Tennessee – but rescinding $2 billion from the fund undermines the very assurance it was created to provide.

The other five billion dollars in cuts are more complicated to explain. Essentially, when Congress specifies annual CHIP allotments, they leave a little wiggle room in case state spending is higher than expected. This is another part of Congressional commitment to making sure CHIP is fully funded, even though it is a block grant. Over time, this results in some CHIP funds that are authorized but not expended, resulting in budget authority that exceeds outlays. Congress is aware of this, and over the last several years, they have come to bipartisan agreements about how to reallocate this budget authority to allow for investments in other programs that serve children. Rescinding these funds is unlikely to impact states’ CHIP programs immediately, but it violates that bipartisan agreement in Congress to manage these funds in ways that continue to help low income children and families.

Children and states had to wait months for CHIP to be funded, and finally breathed a sigh of relief when Congress moved forward with a long-term CHIP funding extension. This proposal undermines the bipartisan CHIP agreement and removes reassurances states need that funding will be available to keep kids covered. The Administration is going back on that agreement and cutting CHIP funding in order to score political points with their base.

[Editor’s Note: Check out our state CHIP snapshots to see how many children are covered in each state.]