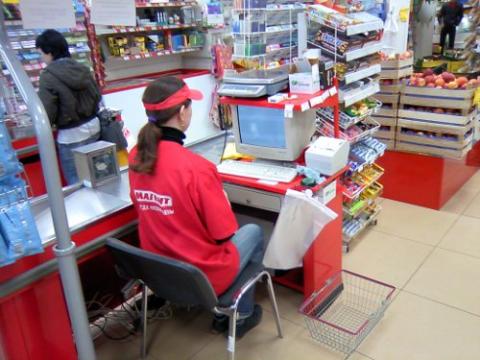 65 Hours a Week and No Benefits

This post, authored by Virgil Pack, originally appeared on TalkPoverty.org. Many, like Virgil, work 65 hours a week and still do not have benefits, leading to higher economic insecurity.TalkPoverty.org is dedicated to demonstrating that we know how to dramatically reduce poverty; we just need to build the political will. Make sure to like TalkPoverty on Facebook and follow us on Twitter!

Good morning, my name is Virgil Pack, I’m 45-years-old and I live in Richmond, Virginia. I’m a father of two kids—a daughter and a son. My daughter’s name is Ashleigh, she’s 21 and attending UDC in her junior year. My son’s name is Sean, he’s 13 and lives in Albany, NY.

This means that at the end of each month, I have $915 to pay for rent, utilities, and more. I pay child support for my son, Sean, which is payroll deducted from Wendy’s.  I also help my daughter Ashleigh with college.  I have absolutely no benefits at any of my jobs—no health insurance, no paid sick leave.  I have 2 years of college under my belt and I used to run my own business, but in this economy, this is the only work I can find. God forbid I get seriously ill or injured, I’d probably be homeless.

Like the federal minimum wage, Virginia’s minimum wage is still $7.25 an hour, which you can see is just simply not a livable wage. And to make low and inadequate wages even worse, the lack of benefits makes it that much harder to get by: without paid sick days or paid leave, I’m forced to choose between going to work sick or losing needed income to support my family, or possibly even losing my job, and if there’s a family emergency I have to choose between the same impossible choices.

However, I am excited to say that I have an appointment with a navigator on Thursday of this week to enroll in a health insurance plan under the Affordable Care Act. The idea that I will shortly have health insurance is such a huge weight off my shoulders and an absolute blessing for me and my family.  However, it’s only one piece of the puzzle. Without higher wages and better quality jobs, I’ll still be running in place.

In Virginia, raising the wage would affect over 744,000 workers, which is more than 20 percent of the workforce.  And many people like me, work so hard, yet with wages so low and no paid leave or other benefits, we’re stuck or falling behind. Not only would raising the wage enable families like mine to put more food on the table and know that we can pay rent each month, it would make us feel appreciated and respected as workers.

I would like to take the time to say that I’m not up here for sympathy but I would like for people to see that there are Americans trying to live right and would like a fair chance at the American dream, which to me is family and prosperity….

Virgil Pack is a father and restaurant worker in Richmond, Virginia.