5 Reasons Latinas Can (and Should!) Get Ready for Leadership 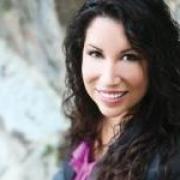 Aurelia Flores
Share This
Add your voice to the comments

This article originally appeared in PowerfulLatinas.com.

As Latinas, it behooves us to look at the trends and be ready for our own future, and to take on leadership roles in the country.

The increase of over 15 million Hispanics from 2000 to 2010 accounted for more than half of the total population increase in the U.S. during that time. And the growth rate is continuing at a rapid clip.

Nationally, Latinos 1 in 5 children in U.S. schools, and 1 in 4 children born.

This also means that the issues that have been affecting our communities will be affecting a greater number of us, and we need to deal with our challenges on a larger scale.

Latinos are the Labor Force of the Future

According to projections from the Bureau of Labor Statistics, Latinos will be 75 percent of the nation’s labor force growth in the next decade (between 2010 and 2020).

A recent Pew Hispanic Center report goes on to elaborate, “Hispanics have a higher labor force participation rate than other groups. The nation’s labor force participation rate—that is, the share of the population ages 16 and older either employed or looking for work—was 64.7% in 2010. Among Hispanics, the rate was 67.5%. There are two main explanations for this gap: Hispanics are a younger population than other groups, and include a higher share of immigrants.”

Latinos are Younger AND Increasing in Educational Attainment

The Larger Percentage of Latinos with Degrees are Latinas!

This does not mean we leave the guys behind; it behooves us all to make sure BOTH groups do well. However, at the moment, Latinas are more likely to be degreed than Latino men.

We Still Have Major Challenges

Our improvement in educational achievement is great, but it’s not enough. See a friend of mine’s recent blog post at Latinnovating

And in spite of the fact there is a lot to celebrate, we still have issues to address with our health, wealth, and political participation, among other issues.

However, the public (including Latinos!) seems to be much more familiar with the negative Latino statistics that the positive ones. We need to make sure we balance the story and tell the full one – we have a lot to be proud of.

Therefore, if the population as a whole, including the labor force of the future, is young, Latino, and FEMALE, then we need to get ready. We need to solve our problems, we need to take leadership, and we need to do it together….