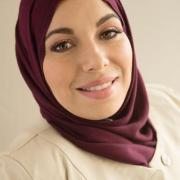 Yvonne Maffei
Share This
Add your voice to the comments

Note from author: One of the reasons I wrote this post was to dispel myths about Muslims since halal is our dietary guideline and the myths or untruths negatively impact the way people view us and perpetuate stereotypes about us. -Yvonne Maffei, My Halal Kitchen

It’s not too often that I receive direct questions about what halal food is or what’s entailed in the processes that bring halal food to the table. I’m not sure if that’s good or bad thing, but I would hope that if people don’t understand it then they would look to credible sources to get a truthful and thorough explanation.

That’s not always what happens, unfortunately.

What does surprise me is the level of misunderstanding that takes place when something as prominent as halal isn’t understood for what it truly is. Wrought with assumptions and distorted interpretations about what encompasses halal food, it can really be the reason why some people won’t ever want to try halal food—and I don’t want that to happen.

I'm not sure I even want to know where these notions are born, but there are several quite serious assumptions that I’d like to clear up in a fairly simple way.

These myths have come to me by way of readers who are at a loss for how to respond to some of the shocking ‘beliefs’ that people have about what is involved in bringing halal foods to the table, particularly meats.

In a series of three posts entitled Myths About Halal Food, I’ll set out to dispel notions on topics surrounding where halal food comes from, how it is slaughtered and how it is handled. These post aren’t meant to be comprehensive of all the nuances of halal or even a thorough explanation of what constitutes food as halal; instead I simply want to debunk some of the myths that are often associated with halal food, in an effort to set the record straight and shed some light on a dietary set of guidelines that have been around for a very long time and that are actually quite beneficial to humans, animals and the environment.
I hope in doing so that people are encouraged to look deeper into the details of the rites, rituals and reasons why billions of people around the world adopt a halal diet.

There are many great resources written by scholars and of course the Holy Qur’an and the books of Ahadith (sayings of Prophet Muhammed, peace be upon him) which are the primary origins of halal dietary guidelines.  One should look for those editions in which the context is expanded upon to provide a historical background and explanation and not just text where the reader is left to self-interpret the material.

This myth surprised me the most because it couldn’t be further from the truth. When I heard that some people actually believe that eating halal involves Muslims putting magic spells over food, I thought it was absurd for anyone to think it could be true--and then realized they weren't kidding. 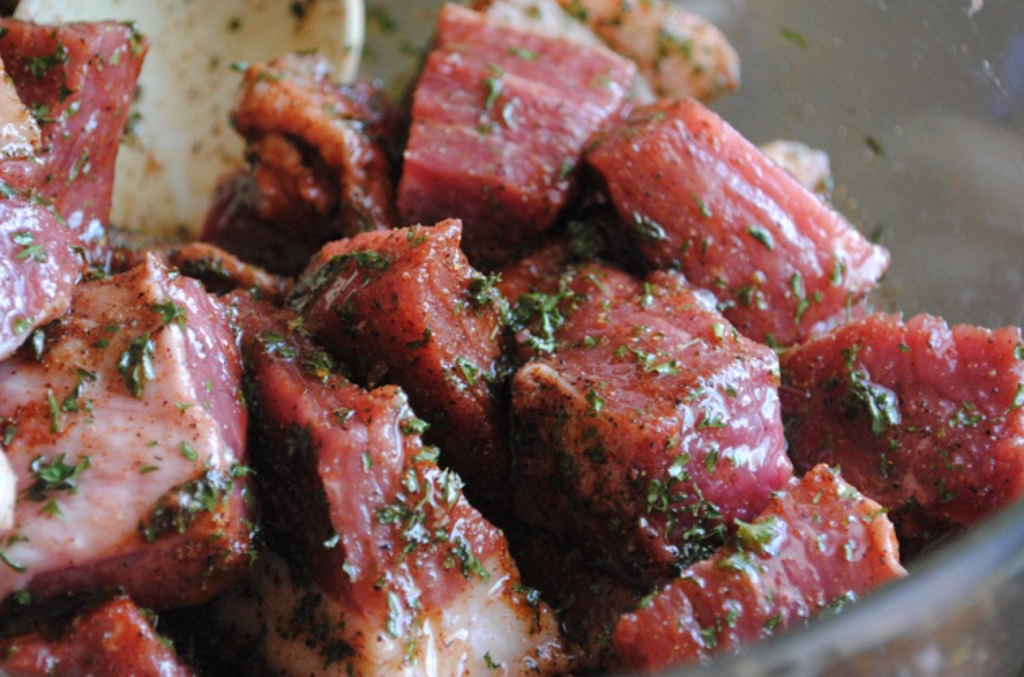 The first thing one learns as a Muslim is the shahadah (there is no god but Allah, the One God). Meats that are permissible to eat and then sacrificed as food for human consumption must never be dedicated to or sacrificed in the name of anyone other than God.

Magic spells and idol worship are prohibited in Islam and food that is dedicated in a name other than God’s name is also prohibited. And no, we don’t worship Prophet Muhammed (peace be upon him), nor do we dedicate our food to him. We simply revere him as the last prophet given to mankind and try to follow his example in the way he lived his life according to God’s commands.

The second notion to tackle is one that questions the cleanliness of halal foods, including the process of making it. 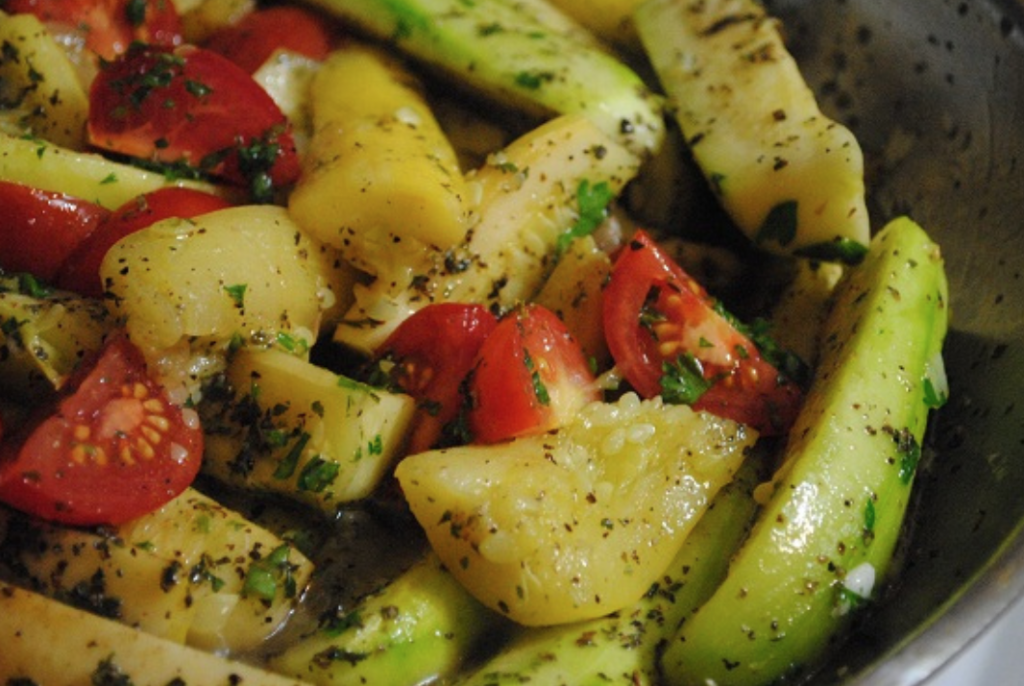 I am completely saddened to hear people say or think that halal food isn't clean and that their experiences with ‘halal’ meat markets or restaurants were horrific. That has never been my overall experience in the nearly 15 years that I’ve been patronizing halal markets or places where halal food is served. In fact, most of the best food and dishes I've ever had have come from Muslim-owned restaurants and stores.

Regardless, if people have just one bad experience, it's enough for me to hope to resurrect their perception of halal, in the event they would ever associate the term with something negative.

A couple of explanations, which have nothing to do with the essence of halal food or the tenets of Islam, might have to do with the differences in food presentation and/or handling among store personnel.

Business owners might not be accustomed to the food handling operations, regulations, and standards set forth by the USDA as they were held to in another country; others simply practice poor business ethics of their own accord, and perhaps are quite ignorant or negligent of their obligations to consumers as well as to their religion (i.e. serving food that is truly halal and tayyib, or clean and pure).

Regardless, there are no excuses for this to happen. Islam is full of guidelines on cleanliness in both the private and public realm and it is for us as Muslims to show by example what it means to implement that in everyday life.

I'm confident that most stores are improving in quality and adherence to regulations that keep everyone safe. As long as demand for quality halal products increases, we'll keep everyone on their toes to deliver the best products and services possible, insha'allah.

Myth #3: The Halal Slaughter is Barbaric

Some people have an issue with any meat that is ritually sacrificed or slaughtered; others have an issue with slaughtering any animals for food and regard it as barbaric. In Islam, while Muslims are not mandated to eat meat, they aren’t prohibited from it, either. Everything in balance is a key principle in Islam and there may be no other place where that is beneficial than to our stomachs. 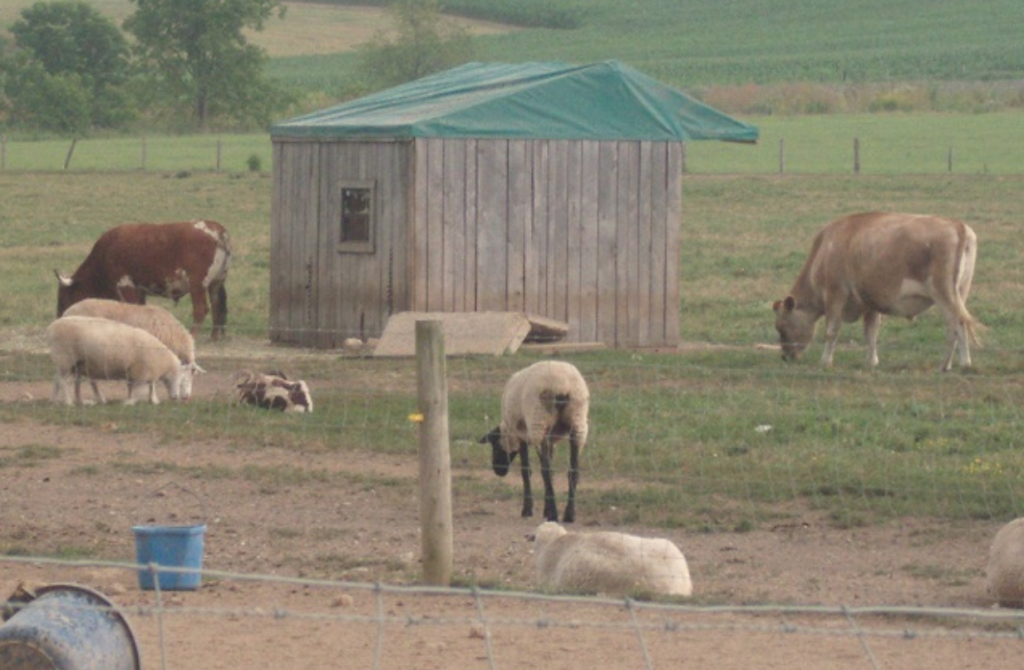 In recent years there has been a lot of backlash against the halal and kosher industries in Europe by those people who think that the ritual slaughters of each are barbaric because stunning the animals in prohibited by both set of guidelines. Activists seem to believe that stunning the animal prevents it from feeling the pain of the slaughter (which recent research refutes- see links below).  Additionally, the larger picture of how animals are sacrificed is overlooked; in fact, the Islamic way is a truly humane way to handle the animal at the time of slaughter (and before), as it's purpose is a sacrifice for the nourishment and consumption of humans.

Here are a few key points with regards to the dhabiha (ritual animal slaughter):

Overall, halal is antithetical to the inhumane treatment of animals. In fact, when meat is processed according to the standards set forth in the Qur’an by Allah (God), it is good for mankind, animals and the environment. Eco-halal is a term coined to describe this all-encompassing way of feeding people with food that is blessed and sacrificed for the purpose of consumption, not waste.

I am not a scholar of this topic, and this is in no way a comprehensive overview of it, either. It's purpose is to clear a misconception by offering some insight into the truth of the matter and hopefully open the door for more discussion and personal research by readers who would like to explore the topic further for themselves.

Are there any other myths you would like to see addressed? Tell us some of the questions about halal that you’ve been asked and how we can help you to respond.