“Indians are Persons” Under the Law 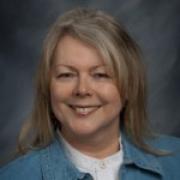 Helen Oliff
Share This
Add your voice to the comments

Would you ever question whether American Indians are people?  Of course not… and yet, this was actually argued in a court of law.  It all started with the forced exodus of the Ponca Tribe to Oklahoma, after their homelands were ceded to the Sioux under the Fort Laramie Treaty of 1868, forever changing the course of the Ponca people. I want to tell the whole story, so let’s start at the beginning…

The Ponca struggled to put up with the loss of their land and their people, but the final straw broke when the son of Chief Standing Bear died. When his tribe fled the reservation to return home and to take his son to the Ponca burial lands, Standing Bear was arrested.

When the case came before the US District Court in Standing Bear vs. Crook (Apr 30, 1879), the government argued that an Indian was not a “person” under the meaning of the law and that Chief Standing Bear could not even file a complaint of habeas corpus.

On May 12, 1879, presiding Judge Dundy handed down his ruling that “Indians are ‘persons’ within the meaning of the laws of the United States” and subject to the same Constitutional protections as whites.  Of course, the U.S. appealed to the Supreme Court, but the case was dismissed. This Sunday marks the 134th anniversary of this landmark ruling by Judge Dundy in favor of Native American peoples – a ruling on a question one never need ask. Standing Bear returned to the hunting grounds of his fathers and buried his son in the traditional way.  Another immediate result of Dundy’s ruling was that Standing Bear did not have to move his tribe back to Oklahoma, at the time a somewhat hollow victory as his people had nowhere to go. Remember, their land had been taken in the previous treaties.

Today, the Ponca Tribe is headquartered in Niobrara, Nebraska, their aboriginal homeland. They have about 2,800 tribal members. The tribe is sustaining its traditional culture. They’ve acquired a land base of about 725,000 acres in Nebraska, Iowa, and South Dakota. This includes one 50,000 acre site in Norfolk, Nebraska, for their youth, diabetes, social services programs and a dorm that generates tribal income.

All of these years, the Ponca were fighting for a land base and the right to exist – something most Americans take for granted. It’s a testament to their strength that they lost and regained land, lost and regained federal recognition, and rebuilt a tribal economy — all without losing their hope and spirit. Today, the Ponca Tribe has about 2,800 enrolled members.