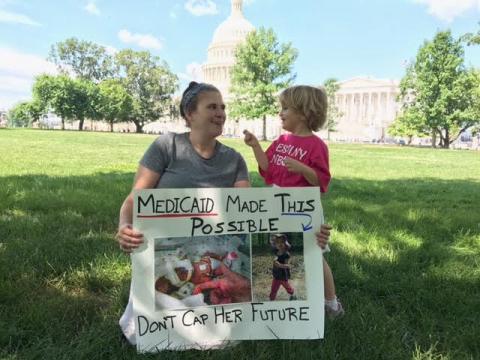 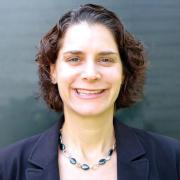 The Senate’s Better Care Reconciliation Act (BCRA) proposes devastating cuts to Medicaid through per-capita caps, limiting Medicaid funding regardless of the health care and long-term support needs of individuals. According to the Congressional Budget Office, the bill will lead to a $772 billion reduction in Medicaid spending by 2026 and a 35% reduction of funding by 2036.

Senate Republicans are claiming that their bill will ‘protect’ children with special health care needs by excluding them from per capita caps. They say this will ensure vulnerable children will continue to receive the services on which they depend to survive. This is known as “carving them out” of the caps.  Sound too good to be true?  That’s because it is.

1. Of the 5 to 6 million kids with special health care needs receiving services through Medicaid, the carve-out would cover less than 30%, leaving the majority of children with an insufficient amount of money to cover their needs.

Based on the “blind and disabled children” legislative language for the carve-out in the current draft of the BCRA, it appears that only children who meet the strict disability and low income criteria for the federal Supplemental Security Income (SSI) program will be included. An estimated four million children who qualify for Medicaid through other eligibility pathways, including because their family qualifies for Medicaid, will still be subject to caps that limit their care. You can read more in a Washington Post article from this week.

2. The estimated 1.2 million children who are carved-out will still face access issues and potential cuts in services due to states’ increasingly underfunded Medicaid systems. A carve-out doesn’t mean that services cannot be cut.

As federal Medicaid funding is ratcheted down by hundreds of billions of dollars, states will have to address budget shortfalls by cutting eligibility, benefits, and provider reimbursement rates across their Medicaid program. States still have to cover their share of the costs for carved-out kids, and with less federal Medicaid funding, services for these kids (who generally have relatively expensive needs) will likely be scaled back.

Moreover, cuts to the Medicaid system will impact services for everyone, including carved-out kids.  These children could struggle to find services – even if Medicaid will technically pay for them – as providers close because states are forced to cut reimbursement rates, waitlists grow, and optional services (like the home and community based services on which most families rely for their children) are eliminated.

Medicaid funding to children’s hospitals and schools will be cut regardless of the carve-out, which is why both children’s hospitals and superintendents have come out so strongly against the bill.  The House Committee on Oversight & Government Reform Democratic staff recently issued this report describing in detail the devastating impacts the bill will have on children with significant disabilities and health care needs.

​Their needs don’t magically disappear when they turn 18.  But under the Republican health care bill, their support would.  Matthew Jennings, who is now 24, spoke at a recent Save Medicaid rally.  Medicaid pays for his communication device, supports so he can live at home instead of in an institution, and helps him have a job. Listen to Matthew and his mother’s story here.  Does the Senate believe Matthew needs Medicaid less now than he did just a few years ago?

The American Academy of Pediatrics called the Senate’s bluff about the carve-outs in a strongly worded statement opposing their healthcare bill:

"The bill includes misleading 'protections' for children by proposing to exempt them from certain Medicaid cuts. A 'carve-out' for some children determined to be 'disabled' does little to protect their coverage when the base program providing the coverage is stripped of its funding. Put simply, this bill is bad policy for children."

That’s why we need everyone to take action now!  The Senate is back from its recess and determined to bring its bill to the floor as early as next week.  Call or visit your Senator (join our national call-in day on Wednesday) to tell them to oppose any bill that cuts and caps Medicaid.  Join in the rallies, protests, and events opposing the bill occurring across the country.  Write an op-ed about how Medicaid would impact your family.  With continued strong advocacy, we can #KilltheBill and #SaveMedicaid.