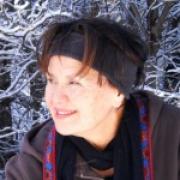 Theresa Witt
Share This
Add your voice to the comments

I am an RN who specializes in utilization review. I had worked for the same company since 1999.  Unfortunately, as the dawn of the economic crisis broke, that company was swallowed up by another company, and then that was sold to another.  After years of losing pensions, switching to lesser yielding 401k’s and many pay deductions, the company decided to finally close its doors in California and laid off all of us in November of last year.

I have been on unemployment since then, as my skill and experience is not helping me land a new job.  Actually, companies are hiring LVN’s who are less skilled and experienced in order to pay less for the same work that I do so well.  My daughter is living with me now, as a single mother who is trying to go to grad school and also unable to find proper full time employment with any benefits.  I fear greatly for our near future, as unemployment has kept us afloat with a decent roof over our heads until now.

We are educated, skilled, good people. There should be jobs out there for us! The terrible truth is that there are not, and without UI being extended in January, my granddaughter, daughter and I will be unable to reside in the home we live in now.  I’ve already used up all of my retirement savings just in order to get by these past years.  How is putting a 65 year old woman and her family out on the streets going to help the economy?  I’m so stressed lately it has affected my health, and my daughter is afraid she will have to postpone her degree for an MS in mental health counseling even longer, making it that much harder for her to get the job she needs in order to be self sufficient and support herself and child.

Will we ever get our heads above water?  How much do people have to lose before Congress will listen?